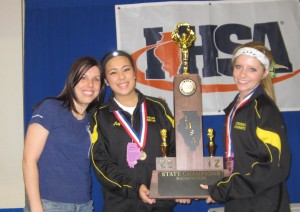 Shannon Pohl Mitchell is excited to introduce you to the Shannon Pohl Badminton Academy (SPBA) in Vernon Hills. Founded in 2009, the SPBA began receiving national recognition in 2012 when twenty-two SPBA players qualified for the 2012 IHSA State Championships. This included 13 state medals for SPBA players and an IHSA Team State Championship for several dedicated students! Shannon was named USA Badminton Developmental Coach of the Year. In addition, the US Olympic Committee selected her as one of three finalists amongst all sports for the 2012 USOC Developmental Coach of the Year. This was the first time a badminton coach has ever been a finalist to receive this prestigious award.

In 2014, the SPBA hosted the first Junior National ranking tournament in Midwest history and as a result, the percentage of girls ranked nationally increased by 29%. Since then, the SPBA continues to host the highest level and biggest junior tournaments in the Midwest. The SPBA currently trains many nationally ranked players. The SPBA Elite Teams are currently busy preparing to compete in tournaments across the country. 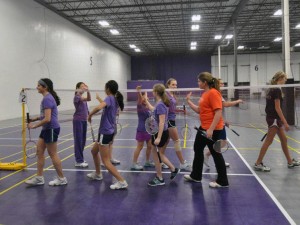 Shannon Pohl Mitchell, the club’s owner, didn’t start playing badminton until high school. She attended Prospect High School. and placed fifth in the IHSA State Championships. She graduated from the University of Illinois Urbana-Champaign where she started and coached the first ever Illini Badminton Traveling Team, was named All-American, and led the team to a third place finish at Nationals. She trained at the USA Badminton Olympic Training Center for 2 years, and then moved to Copenhagen, Denmark to train at the International Badminton Academy for 3 years. 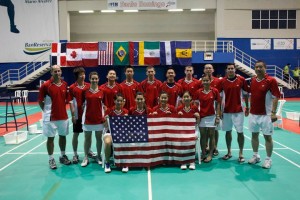 Shannon has trained under some of the world’s finest coaches from England, Denmark, Malaysia, China, and Indonesia and she is eager to share her knowledge with you. While living in Denmark, she was head coach of two Danish professional teams. All thee times (2010 2014, and 2015 ) she was the Assistant National Coach for Team USA they won the Gold at the Jr. Pan American Team Championships. Shannon is the highest certified coach in the Midwest Region, a USA Badminton Level 2 High Performance Coach. For four years she was a coach at Golder College Prep, at the time the only IHSA badminton team in the city of Chicago. She is also an Athlete Ambassador for
World Sport Chicago. 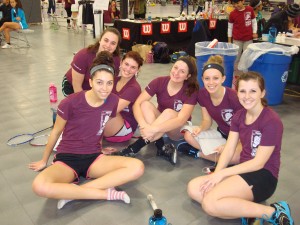 Programming at the SPBA has been specifically designed for the student athlete who desires professional coaching, a competitive experience, challenging athletic development and a supportive, realistic, mentoring approach to sports. The SPBA uses proven athletic development techniques to strengthen the body, expand badminton knowledge, challenge the spirit, instill confidence, self esteem and respect among student athletes—providing young athletes the opportunity to achieve their athletic goals. The SPBA is happy to coach players
ages 5 & up!