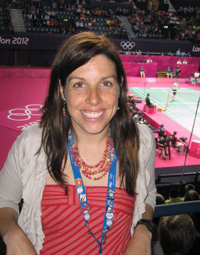 USA Badminton named Shannon the Developmental Coach of the Year for 2012. In addition, the US Olympic Committee selected her as a finalist for the 2012 USOC Developmental Coach of the Year amongst all Olympic sports. This is the only time a badminton coach has ever been a finalist to receive this prestigious award. Shannon first learned to play badminton at Prospect High School.  She represented Team USA at tournaments in 46 countries over twelve years, including four World Championships. Her highest ranking was #69 in the world in women’s singles. Shannon was the highest ranked American 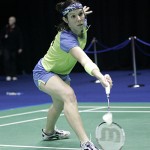 badminton player in the world in women’s singles in 2009. She also won the bronze medal at the Pan American Championships in singles. Shannon has trained under some of the world’s finest coaches from England, Denmark, Malaysia, China, and Indonesia and she is eager to share her knowledge with you. Shannon has been Assistant National Coach for the Team USA at the Jr. Pan American Championships four times, each time with USA earning the Gold. Shannon is a USA Badminton Level 2 High Performance Coach and the highest level active coach in the Midwest Region. Jimmy is originally from Indonesia, where badminton is the national sport. As an 11 year old, he left his family to go train full time in badminton while going to school. He has represented Indonesia, Switzerland, and the United States in international competitions including winning two international titles, one in men’s singles and one in men’s doubles. He also represented the United States in the Sudirman Cup (the World Mixed Team Championships) with his men’s doubles partner 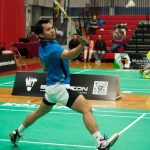 Halim Haryanto (former World Champion in Men’s Doubles, also from Indonesia). Between 2001 and 2003 he won a string of national tournaments across the country, including the Boston Open where he beat two National Champions and the 2000 Olympic Gold Medalist on his way to earning the title. Jimmy was formerly the #1 ranked men’s singles player in the United States. Jimmy comes to the SPBA after coaching over 8 years at two of the most prestigious clubs in the country in Northern California coaching everything from beginners to international players on the tour. His students have produced tremendous results including winning several golds at the Pan American Junior Championships, winning silver and bronze at the U.S. Jr. Nationals and have even qualifying for the Junior World Championships.